A simple guide from rescuers who work with ARC (and others)

How to get the best outcome
when requesting help

ARC works with a lot of animal rescuers and also a lot of partner agencies. WIRES, HSI, Peak bodies. Everyone talks (because truly, everyone wants to help as many as they can).

This feedback below comes from countless interactions and is designed to help rescuers get the best results when asking for help.

The more prepared you are, the more you have ready and detailed, the easier it is to get help. The organisation you are asking does not have to help you, they also also as busy and can be as traumatised as you are, so be ready, be positive and be fair.

Treat it like you are applying for a job or putting your child into school. The simplest of things make it good for all.

The key points that get the best outcome.

Some examples of larger requests and how they were managed.

These are actual examples we have had recently. Basically, simple, easy and committed always wins.

Rescuer #1. BEST APPROACH She has a sanctuary that has been flood impacted and lost a lot of equipment. She went out and assessed realistically what she needed to get back up and running. Her volunteers went online and got quotes for some parts.

She then approached us and said “I have made a small list of what is important. I’ve asked WIRES for help with XXXX, HSI for help with XXXX and if you can help with a month of food and a small Bunnings Aviary then I can get a lot done. This will help 24 animals and means I can get working teams in quickly to help out

She then arranged work teams to take the equipment and supplies then execute at site.

All the partners involved in this site loved helping this team. We could see the results immediately, we could hear the change this made in the people and we will come back to them again. 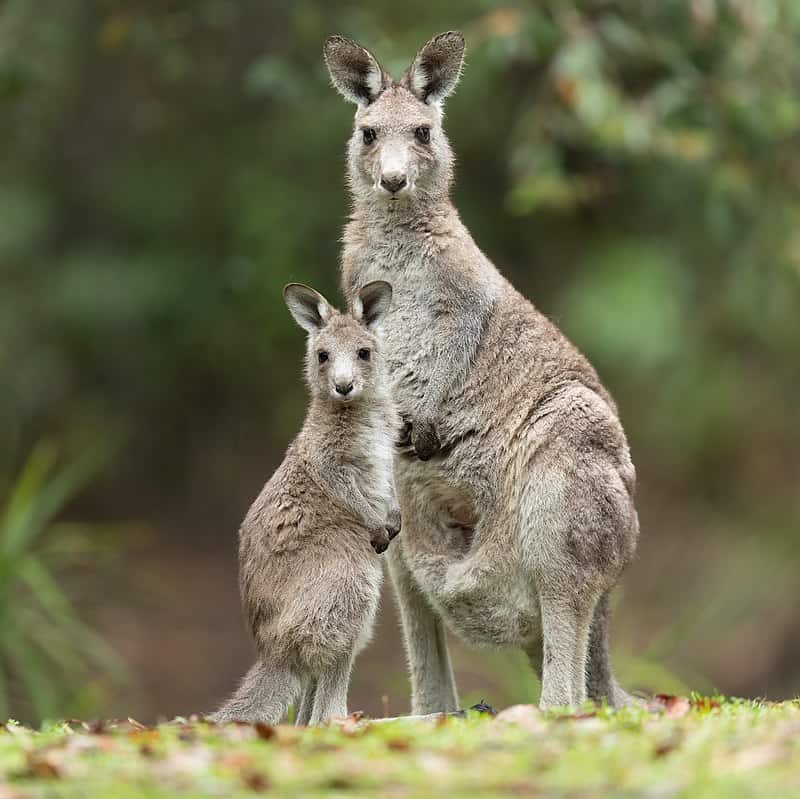 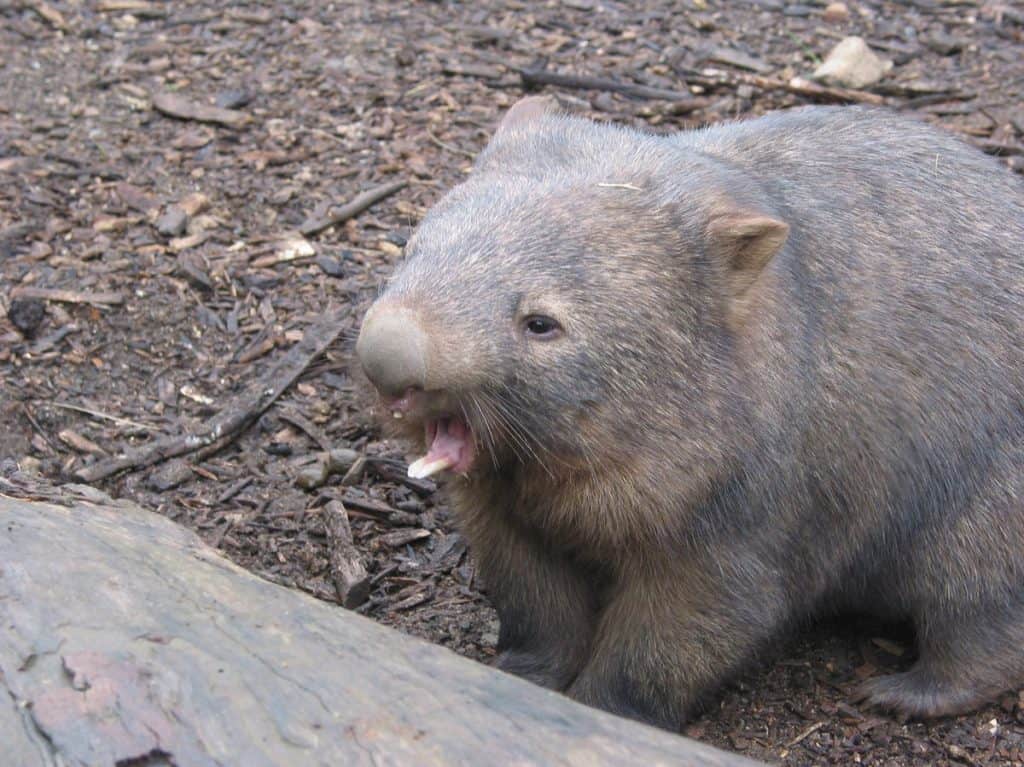 Rescuer #2. DIFFICULT APPROACH. This rescuer actually asked us “why are all these people saying I want all these things I dont want” as she genuinely couldnt understand what was happening. So we worked together to sort it out. Here is the summary.

This rescuer was facing a number of issues. The rescuer had been onto a number of social media sites over a period of a few weeks discussing the issues she was facing. She didnt know how to fundraise but had a lot of animals.

(Sidenote – To a support org, regardless of whether you are selling cars or saving possums, this sounds like poor business management. If you opened a coffee shop and didnt know how to make coffee, would you expect someone else to fix it?)

We were approached over a series of weeks by several competing “representatives” of the rescuer, all pushing for immediate large assistance for the rescuer as she “gets no help”  . . some abusing us and WIRES.  The requests include painting, pumps, fencing, working bees, containment, Aviaries, ISO units, Cars and food, lights, fencework.  When we ask why the people representing the rescuer cant explain why, or got aggressive.

We eventually talk to the site (and this is true) she says “I didnt ask for any of those things, I just needed help with this one thing. I dont understand why all these people keep saying I want all this stuff.

We provided the support item the rescuer needed, but if it had not been made confusing by all the Facebook middlemen. The solution would have been on the ground and running well before.
More importantly had we provided any of the things she didnt need we would not have been able to afford what was needed.

Rescuer #3. MEET HALF WAY. This rescuer had a great plan and had lobbied extensively for the community to help but had not got any support. She needed a plantation/tree belt to ensure food security for animals and rescuers in the area.

She had spoken to a local company and they had given her a quotation that was a complete end to end outsource to plant the environment. It was a large number. She could not understand why no one was sponsoring it.

(Sidenote, if a rescuer has a project and multiple rescuers are involved . . but all together they haven’t raised any funds for it . . this usually means it’s not important or overpriced)

In reviewing the project (and the quote) it was “gold plated’. It involved the contractor doing all the work, clearing land and planting al the trees. There was no physical work being done by the rescuer or volunteers at all. So the costs were very high Understand your wishlist. It also sells your work.

What you need in basic laymans terms says a lot about you and your capability. If you “dont know what you want” it looks bad.

Speed here can often be key. When there is an emergency and the public and partners need to spend, the rescuers that are ready get help. if you already have a quote and an overview, you are front of the line. Be ready and be clear.

You are not too busy to take 20 minutes to go online and get a quote, especially if you have had time to write extensive complaints on Facebook. Many of the people assessing applications also are rescuers. They know what busy is too. 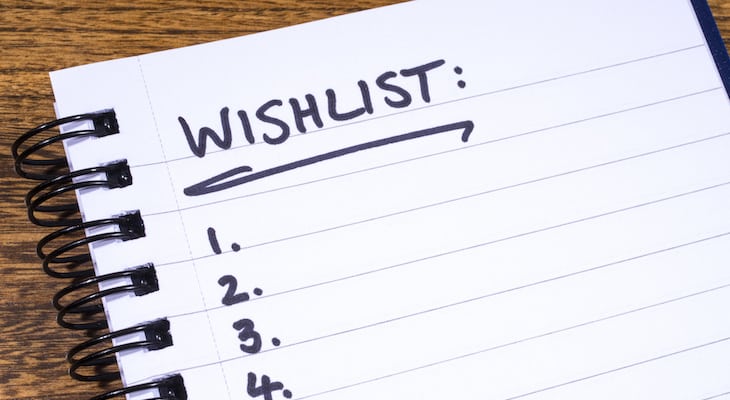 Key Tip - Dont get middlemen or "people from social media" to represent you. It almost always goes wrong (as they sometimes fight each other, abuse the support orgs or misrepresent your work)

Why do we need to talk to the actual rescuer with the animals?

Very often we are “flicked” items from social media or messages that are impossible to decipher. We recognise that people just want to help, but it burns a lot of time and pressure on volunteers chasing “wild goose chases” finding a source of the request . . only to find they need something completely different than what was asked for by middlemen.

Equally, when situations like that happen, there are often 5-10 other people also chasing that question. Arguments start, messages get mixed up and help gets wasted. If someone else is representing you they miss opportunities that you would have talking directly.

This is why we need the person who has the animals, whether they are a rescuer or an individual to make contact DIRECTLY with us and log a job at our site here – www.arcsupport.org.au .

Why do we need you to log a request with a form?

Our form is simple. It is 1 minute to fill in and has 7 fields, 4 of which are “name, email, phone, address”. Everyone from little old ladies to disabled people in flood waters with missing fingers can use it. If they can use it so can you. We never get complaints about our form except from 1% of people who want an argument in general.. It is also mandatory, we are directed by the ACNC to have all jobs in a logging tool.

Why do organisations use forms? This is how they manage so many requests so that they do not get lost or duplicated. All major service organisations do the same. When you go to McDonalds and order? They log a job. When you get your phone connected? It logs a job. Organisations cannot run on Facebook messages and voicemails. Take it seriously and work with the systems the vendors give you.

This is literally what happens

The time taken to log that request is very simple. There are not long application processes, and the faster they do that the quicker the outcome. Hundreds of jobs are logged with us a week and by people in far harder circumstances than you.

“But I am too busy to log a form”. The time it takes to write a message on Facebook (or a complaint) you can log a simple form. It is not “conforming” to log a job, this is the way we and the partners manage so many. 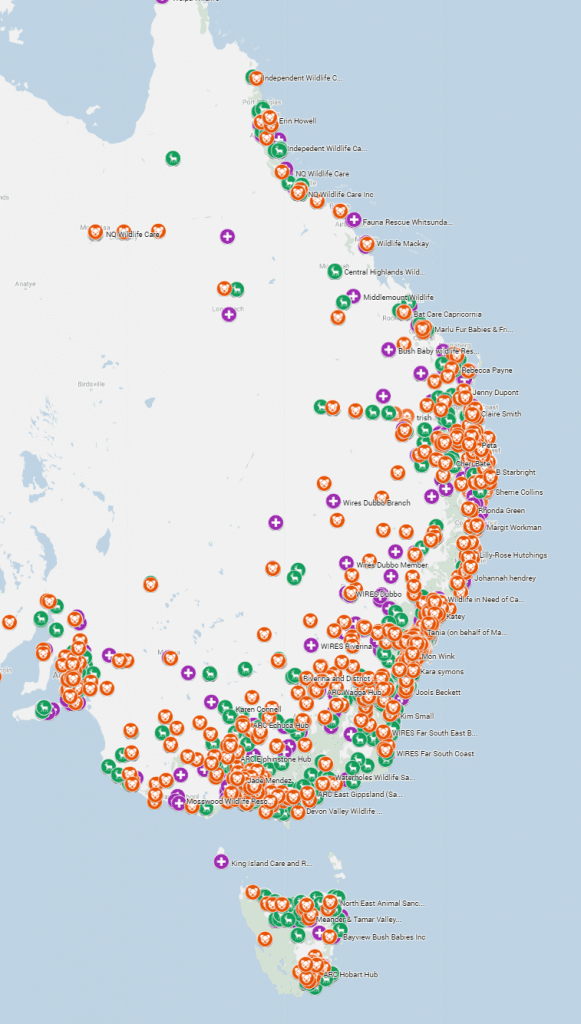 Some of the fastest to approve applications tell a story. Remember that lady in example one? She also sent photo’s which showed her site before/after . . and the impacts of the floods.  Quite often a picture comes over and it stops us dead in our tracks and we want to help. It shows reality and intent, it provides evidence. Keep a picture catalog.

Best place to have all that? Keep them updated on your social media profile.

Have a clean social media profile and reputation.

First thing any of us do (and this is across all the agencies and vendors) is check the social media and public profile of an organisation. If your social media profile (search it) has negative posts on it, it makes it harder for approvals to happen.

99% of the population get that. It’s like going for a job.

1% of the population dont get that and this line is for them.

If you are writing or sharing bad public copy about the organisations you are asking for help, they will be less likely to be able to approve support for you and more likely to have many internal questions to answer. Especially when there are other rescuers that are good to work with also competing for support.  This means your animals are less likely to get help.

Think about that. Is that argument on social media worth stopping people helping your animals? Your animals don’t have a choice, they rely on you. Think of the big picture (online arguments are not the big picture)

Common courtesy, common sense. If you are known for seeking drama or criticising others you may struggle to get partners and support beyond a few like minded people .

ARC’s official policy. If you abuse, harass or stalk our team or engage in disinformation/defamation about our organisation  we will not support you. Be an adult. We are happy to answer questions, but if you are here for a fight or to bring your agenda onto our org, we will disengage.on

Show the outcome and tell the story again.

This is how we got our first support products from a vendor. They were constantly having to chase people they gave donations to so that they could show their own stakeholders/shareholders where the product went. So they came to us and we thank them so they do it again.

After you get a donation. Straight away, send them a thank you note. It takes a couple of minutes.

Then a few weeks later, show your progress. Show the items being used, the animals being helped or anything about your story. Do this as many times as you like every few months.

Because they are humans too and they feel good knowing they did a good thing helping you AND they are more likely to approach you when the next round comes out.

Even if unsuccessful, show your progress

If you are or arent successful with support, we recommend showing progress as that drives an outcome. ARC also regularly goes for grants and support with major vendors ourselves. We were knocked back on several last year, but we stayed in contact with the granters/vendors and we continually showed our work and our progress. Positively.

Stay in contact, time and character always shines through. It is surprising how much luck falls in your lap when you are positive to people and work hard.